Since writing the blog post below, more information about changing the status of legal immigrants has emerged.  There is now serious consideration of penalizing legal immigrants seeking permanent status when they accept health-care services paid for by the government.  The prediction is 1 million less lives using everything from food stamps, to Medicaid, to health insurance subsidies and primary care.

In regards to what I discuss below, I think we are seeing the same logic in place: are non-citizens a part of our community?  Are human services just for citizens, or do they have a broader goal of stabilizing the community?  The reason I have always liked the “old” definition of TCOM: Total Clinical Outcomes Management (TCOM), is because of its emphasis on measuring the “total” community: the high need and low need, the aged and the young.  Then we get people what they need when they need it, which I argue is economically and socially the most efficient manner.  If we cut out certain groups from human services: are they not still there?  What does it mean about a social services that cannot help those who are the most in need of supports, since they are not even in their indigenous lands?

As a person who has spent the majority of my career working in the part of our society that deals with children separated from their parents (child mental health and social services), I have been horrified reading the details of immigrant children who currently are being detained by the US government because their parents were on US soil without proper documentation.  It reads like a how-to on NOT doing family separations.  Further, I think it is important to consider the mechanics of this process, since it is interesting to note that the government has been using Health and Human Services for much of the family separation and detention work, and thus it is literally our sector and funding stream being used to do this work.

First, it is important to note that being an undocumented person is a misdemeanor.  It’s really a victimless crime.  I know there is much public hysteria about what undocumented people do to the US economy, or the crime and disease they bring with them … but that really isn’t true.  None of that is true as a general case about immigrants at all (please feel free to google it).  This is just a human thing that we do: hate outsiders.  I get it.  But in truth, people who are in the US without proper documentation do not really cause an existential threat, and separating a mother from her children is going to be experienced as a traumatic event by everyone: the child, the parent, the community.  It’s just bad policy.

Second, the United States’ official position is that the US government “is not legally responsible for children after they are released from [our] care,” (https://www.cnn.com/2018/05/26/politics/hhs-lost-track-1500-immigrant-children/index.html).  In fact, the official government position is: “When an unaccompanied alien child is placed with a sponsor, he or she ceases to be in the custody of the US government and all [Health and Human Services]-provided subsistence — food, shelter, clothing, healthcare and education — ends at that point and the child becomes the responsibility of his or her parent, guardian or sponsor.”  It is surprising to hear this, considering that Child and Protective Services policies in every State and Territory dictate the highest level of accountability when family separation occurs.  Underlying it is the idea that while HHS is accountable to citizen families, it is not so to non-citizen families.

Third, and here it gets really wonky, but in a way that I think those of us working in TCOM will really understand: apparently the electronic system used to track the placement of children into custodial hands doesn’t even have a data-field to identify if these children were separated from their parents by the US government as a part of the “Zero Tolerance” policy, or a child who just wandered across the border.

“The problem was plain to see in the HHS software shown to reporters, which lacks a data-entry field to label children who are separated minors,” they wrote. “Unless the U.S. border agents who took the families into custody included such details in the ‘notes’ field of a child case file, there was nothing to distinguish the separated children from the much larger group of underage migrants who arrived in the United States without a parent.”

In a country that has several bureaus crowing daily about “interoperability” and “information exchange” to think that Health and Human Services was committing an unprecedented act without properly tracking things at the level of data, is astounding.  But we must remember, Health and Human services didn’t know it needed such a field, because historically this department doesn’t house children that were forcibly separated from their parents, but only refugee children.  This is a classic example of using a department set up to do one thing, in another service that is contrary to its structure and design.  And, to put a more fine point on it, it is using a department that treated all children in our borders as children, but now differentiating them based on their citizenship status … the software wasn’t ready for that distinction.

And, as is already clear, the actual treatment of the children who are not citizens is also very different from how we treat citizen children.  The facilities that house the undocumented children are often licensed by the State in which they are located in some sort of social services capacity, and the workers who manage the children are primarily not guards, but sort of social service aids (officially).  Yet, there are credible reports of children being placed in cages, of the workers being directed not to touch the children when they cry, of the children kept without protection from the elements … it’s really sad (https://www.mirror.co.uk/news/us-news/children-torn-parents-under-trumps-12732982.)

As of the writing of this post, some 700 children are still held by the United States government, and Health and Human Services is unsure if they’ll ever reunify their families.  In some cases the children were too young to remember their parents, and the documentation is too poor to ensure linking without genetic testing.  This is complicated by the fact that some of the parents were already deported and are not easily found in their home countries.

For those of us who work in human services, I think this “how not to” case study is important to heed.  The treatment of undocumented people is going to be a significant situation for many years to come, as some 60 million people are now nation-less for various reasons including war and environmental catastrophe.  While we have made wonderful advancements in keeping citizen families together with all our advancements in evidence-based care, data-systems, and all the wonders that TCOM enjoys; do we really have nothing to offer those who are not citizens?  If the dignity of human services are not extended to the undocumented, then what does that say about our services … and the boundaries of our term “human.” 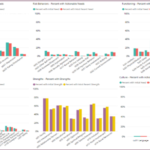 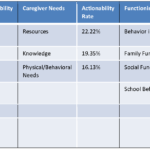