In early May, I had the exciting opportunity to present at the Northwest TCOM conference held in Boise, Idaho. The event, I believe, was by all accounts a success, and acted the way most good TCOM events do. That is to say: collaboratively, with us conference “instructors” learning as much as the “students” in the audience. I’d like to reflect on some of the lessons I picked up.

First, I learned a bit about the history of Idaho’s CANS implementation, which is really a part of a larger state-wide initiative to build a comprehensive system of care for children with serious emotional disturbance and developmental delays. Idaho is, of course, very sparsely populated, with large swaths of the state possessing very few clinicians or behavioral health providers. This means not only few therapists or psychiatrists, but also few services generally. For instance, such community-based staples as case management, and evidence-based programs like MST and FFT, are mostly not available in the state. Their “Project YES” is designed to make a more robust system of care in Idaho, and this is being facilitated by the CANS. 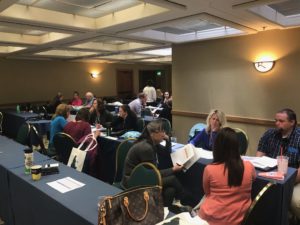 I, of course, think bringing CANS into this process early is a great idea. There are many states that have grown their system of care in similar ways that Idaho is aiming for, but few have done this with a TCOM infrastructure right from the get-go. This means that often, decades can be spent without anyone knowing if the system is actually addressing the needs of the people, or achieving any meaningful impact. In Idaho, right out of the gate, they can already see the clinical needs in front of them, and can start charting a tailored approach to their state’s needs.

For instance, Stephen Shimshock of the University of Chicago’s Chapin Hall Institute, gave a helpful presentation that showed what percentage of Idaho’s currently assessed population falls into one of the state’s three “Levels.” These levels are adjudicated using a CANS driven algorithm that differentiates based on need, using communimetric principles that link CANS scores to the actual state rules that differentiate these levels. Here was a state getting to see, early in its implementation, what its population looks like, so that good planning can happen right away. This is an amazing insight so early in an implementation, and one that most system of care projects simply didn’t have in the days before TCOM.

Second, I had the wonderful opportunity to meet the fire behind Idaho’s implementation: namely, the parent advocates. Thanks to Ruth York and Carol Dixon of the Idaho Federation of Families for Children’s Mental Health, I was able to meet with a group of very invested parents to gain insights and comments on an ongoing project at CDR: the CDR Parent Portal. We have been working for about two years on figuring out what would be the most helpful “TCOM report” we can pull together for parents and caregivers, and in doing so have a goal of reaching out to at least 100 parents/caregivers. This has not been an easy task, since the system so often overflows with professionals and administrators who seek to help parents, but seem to not be able to get too many parents in the room. This was not the case in Idaho! Beacon Behavioral Health kindly footed the bill for an appetizers and wine reception where 20 parents watched me showcase our current reports, and capture feedback. 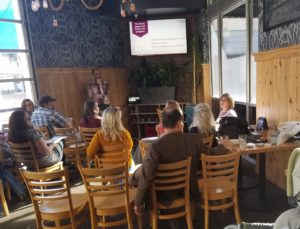 And feedback I did receive! Both in the open discussion, and then afterwards in one-on-one conversations, parents stressed to me what they would find most helpful in a report and interactive portal. The overall message I took is that parents need a tool that helps them gain voice. They want something that quickly summarizes the level of need, where there should be focus of intervention, and then any helpful algorithmic service match information. This information empowers them to make good decisions for the care of their children. As one

parent said, “I am told that parents should drive treatment, so I want information that I can see where to drive.”

Beyond my concrete takeaways, I was also simply inspired by the energy and enthusiasm the parents brought to this conversation, and the Northwest TCOM conference as a whole. These parents honestly believed, and saw, how the TCOM approach was essential for building a system that would be a positive influence on their own efforts to parent children with special needs. These parents wanted TCOM done right – with collaborative meetings where treatment was planned, tools were appropriately scored, and a system was accountable and responsive to what the data shows. With this energy at work, Idaho’s implementation is destined to be successful, and a positive influence on the children and families in Idaho.

In closing, I highly recommend people consider keeping up with the implementation in Idaho. Check out the Federation’s web page: https://idahofederation.org, and the Project YES information: https://youthempowermentservices.idaho.gov. I think the work we’ll see in Idaho is going to be a national trendsetter, that we all can benefit from.

« Communimetric Science vs Psychometric Tools: A refresher on what makes TCOM unique from psychometric outcomes tools.
Supporting CANS in Italy » 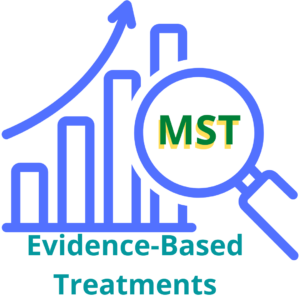