Share This Post
I recently had an experience with a long-term client of mine that beautifully demonstrates some of the fundamental differences between community-based, and outpatient psychotherapy.  This is a distinction that is not reflected on often in the psychotherapy literature.  Most of the literature in therapy presumes an outpatient setting for the work, and there is an unfortunate dearth of case studies, conceptualization traditions, and the like for the therapy that gets done in someone’s home or the community.

There is of course a tradition of case management literature – but this is not directly relevant for the obvious reason that community-based therapy isn’t case management – even if it happens in the community, and has a psychosocial/rehabilitative slant often associated with case management.  Community-based therapy is a distinct form of psychotherapeutic intervention, in which a therapist tries to affect behavioral change through intervening in the community or a client’s home.  This kind of work is typically done with seriously and pervasively mentally ill (SPMI) individuals who have either medical conditions which restrict their ability to effectively get to a regular outpatient setting, or such severe deficits in functioning that they continue to “fail out” of outpatient for various reasons.

There is a significant difference between the services that we provide in the home, and that which therapists provide in the clinic.  The differences are many, and I would like to unpack some of them over the next few postings, but for now I would like to just recount this clinical moment that happened to me recently, to demonstrate what might be the central crux of the clinical distinction.

I have a small private practice called FamilyHouseCall.Com, within which I primarily do in-home family therapy.  I primarily do mental health consultations with families who have someone who suffers from a serious mental illness, providing assessments and recommendations.  With some families I carry on and do therapy as well, including family therapy.

Mack is one such client.  I had been seeing him for a year and a half and I was feeling stuck.  I typically don’t see clients for more than a few sessions, and staying with Mack this long was very odd for me.  I was feeling an odd tug in opposite directions: on one hand he was emphatically expressing to me that he was getting much out of the therapy, and if I was being valuable then I had no qualms on continuing the work.  However, I was concerned that the value Mack was experiencing could be due to enmeshment, and me becoming a “buddy,” more than anything I was doing as a therapist.

Enmeshment is one of the single biggest clinical risks found in in-home work.  While the ability to be in a client’s home helps to build a powerful rapport and sense of familiarity that isn’t possible in the clinic, it comes with a heavy pull to put down professional and clinical boundaries that turn out having negative psychological effects.  One of these is simply starting to see the therapist as a confidant who comes by regularly to catch up on your life and enjoy each other’s company.  While therapy certainly does involve discussing one’s life, and it is always nice when one likes their therapist, this is not sufficient for therapy, and can actually be detrimental to it.  Therapy must be an interpersonal challenge of some kind, or it is simply milquetoast interactions that benefit people no more impactfully than a good friend (who charges money).

I had originally started working with Mack utilizing the in-home approach, since that is my preferred modality – and Mack’s initial conditions were right for in-home work.  He was significantly depressed and anxious: He had been unemployed for years and had recently lost his home and had had his marriage dissolve.  His new apartment (which he shared with one of his sons) was a mess, and he was increasingly getting tied up in economic and legal issues due to his debt that were further debilitating his functioning.  He was a risk for being inconsistent with outpatient therapy, having a history of inconsistent therapist hopping.

Working in his home gave me the ability to do family therapy as possible, and to get a full sense for his anxiety and depression issues at home.  We organized his needs and priorities his needs.  We talked through various interpersonal struggles he was having, and how to manage them in ways that both reduced his anxiety, as well as maintained the strong family bonds which he valued most.  The work was a lot of reflection, listening, and clarifying, while staying mindful of the real structural deficits that had to be fixed in his life if he wanted to keep a roof over his head,

Over the last year Mack had come along way: He had found a new and good paying job, cleared up some of his debts, increased his socialization, and was making many good steps for recovery.  The action items on his ANSA began to fade away, and I was running out my traditional “action items” for therapy.  For a moment I began to worry about the work, and found myself trying to end the therapy (increasing the time between sessions, etc.) because I felt I might not be doing any good, and was just sponsoring dependence.  But then I realized that I was thinking about the problem the wrong way.  It was not that therapy was over for Mack, but community-based therapy was over.  For he was exactly at the moment that community-based care’s potency begins to wear off: when a client is functioning well.  When a client’s action needs reduce only to mental health items, the home is actually not a great place to do the kind of work that is now necessary to get better.  That kind of work gets done in an outpatient setting.

Therapy is not like a pill that has the same “clinical action” regardless of the setting in which it is provided.  Therapy is a very grounded medical practice, which is quite different if it is offered in someone’s home, or in someone’s office.  The kind of intimacy needed to really move someone past pure mental health problems (i.e. Freudian “neuroses” and life adjustments) best occur in the outpatient setting.  Therapy in the home is better oriented towards helping high-need people with significant functional deficits, but is actually less able to do the “depth” work associated with long-term character rehabilitation which we associate with outpatient work.

This became crystal clear to me on our very first outpatient session.  It was at this session, that for the first time in our year and a half together, Mack began to tear.  The content of what he was speaking about was not even so obviously affect laden – he was discussing something we had talked about in session several times before.  But now, in the safe frame of an outpatient office, he was able to release himself more than ever before, or access some part of his affect that is otherwise numbed at home.  It had powerful effects.  Likewise, I’m sure, my being in a safe office space changed my demeanor and engagement with him significantly, inviting him to “spill out” in a way I was otherwise probably blocking when we were in his dining room table.

Next time, I’d like to reflect on a more objective way we can look at this difference between the work one does in community-based work, versus outpatient: through reference to ANSA-based program and client data. 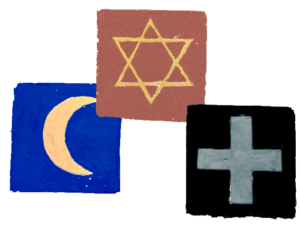 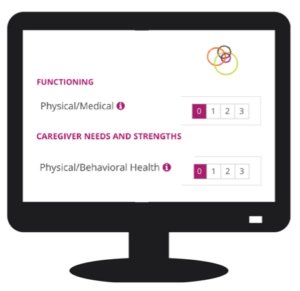