In the wake of last month’s school shooting in Florida, there have been several news stories discussing how it was possible for the child who opened fire with an AR-15 on his school and classmates to have “fallen through the cracks.”  One of the most troubling observations has been the fact that the accused assailant had apparently been investigated by Florida Child services as recently as November 2016, and it was found that his “final level of risk is low.” (Washington Post)

Some people find this hard to believe, being as the child welfare case workers new that the child had previously self-mutilated and posted this on Snap Chat, as well as had expressed an interest in purchasing guns.

Many people find it hard to comprehend how a child welfare worker could define as “low-risk” a child who vocally said they wanted to buy guns, and had previously gotten in trouble for using guns dangerously.  However, for those of us working in child welfare assessment, this isn’t surprising: since we know what is actually in child-welfare risk assessments, and firearms risk is simply not one of the things directly, or often seriously, assessed.

Child welfare risk assessments are formal tools that child welfare workers have to fill out when they assess a family.  I have seen many of these over my years, and while they are all different, they are also all the same.  They are mandated by the state, and typically focus on issues relevant to home placement: neglect, abuse, mental illness, housing stability, etc.. These are all important things, but none of these directly address firearms risk, which is really what the Florida assailant had a lot of.  In fact, the Washington Post article above shares the conclusion from the report: that there were “no indicators to support the allegations of inadequate supervision or medical neglect.”  Thus this child was low risk by the standards of child welfare.

It is because of this gap in traditional risk assessments, that CDR developed the Firearms Risk Item for our CANS (which was approved by the Praed Foundation in 2013, when our CANS form and manual were formally approved.)  We implemented this item because our CANS is used a lot in inhome services, and workers wanted to know what the firearms situation is in the home they are about to go into.  Firearms risk is a measure of (a) a client’s access to firearms, and (b) his/her motivations to use the firearms.  Both of these can increase the actionability of the item.  Here it is, as found in the CDR manual:

From what I read in the Washington Post article cited above, though the assailant may have been low risk on traditional Child Welfare measures of risk (which, of course, are also on the CANS), on firearms risk he would be decidedly Actionable: He had an interest in using firearms in a non-safe way, he had a mental disorder that made access to guns troubling, and his interest in Nazism, which was identified, would have added to the concern about access to firearms.

I have no pretentions that the CANS can stop school shootings, however, I think it is becoming clerarer that all of us working in child welfare and mental health have to start getting serious about assessing for firearms risk when assessing all of our clients.  Firearms risk is not something measured in traditional risk assessments, but it is very important to address, and it can be understood if we simply ask about the kinds of questions that are embedded in this item.

We ask about substance abuse, we ask about sex, we can clearly ask about someone’s Constitutionally protected right to arm themselves for the security of a free state.  Once this risk is identified, then “actions” can be taken.  Having several years worth of data on this item, I can tell you that firearms risk is actually not very common in our population—which is not surprising.  Most mentally ill people are not actually a firearms risk, and most people with firearms are not at risk to do anything.  However, when the item is a concern, we are all greatful that the right questions were asked, and that actions can be taken.  I should note that depending on the situation, there are many different actions to take once firearms risk is identified, but CDR also has a pamphlet we make available to consumers who have are identified as having firearms risk concerns, to help them make their own decisions for how to mitigate that risk.

For anyone interested in CDR’s firearms risk intervention pamphlet, or to learn more about the firearms risk item, please contact us at support@communitydataroundtable.org. 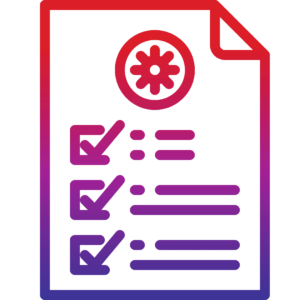 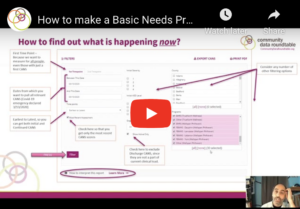